Our Needs Grow and Change with Samantha, Emmy’s Organics 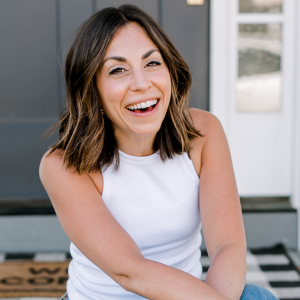 Samantha Abrams is the co-founder of Emmy’s Organics. Emmy’s is a home grown family oriented company committed to spreading the good word about healthy snacking as well as social and environmental responsibilities. Emmy’s organic products are made in a wind-solar powered building and much attention is placed in reducing their carbon footprint. They like to summarize their commitment into 3 words: Ingredients, transparency and trust.

Tell us a little bit about you and Emmy’s Organics.

Emmy’s was founded by me and Ian. We started Emmy’s at the very end of 2008. We started this company in Ian’s mother’s home kitchen. We had been experimenting with vegan gluten-free raw macaroons that Ian developed many years prior and he was teaching me the recipe. We realized there isn’t really  anything like this available and this was the type of food that we really wanted to share

I grew up very active. I was a dancer and very into health, especially when I was in college. I experimented a lot with raw foods and different ways of keeping my body really healthy. Raw foods were really inspiring to me and when I originally met Ian he had a lot of experience in that world because he actually had worked in a number of raw vegan kitchens in New York and San Francisco. He end up teaching me so many skills in the kitchen and that’s how it all got started. Ian has grown up with a lot of food allergies; he doesn’t eat gluten or dairy. At that time he was just like, “Wow! There really isn’t anything like this”. It tasted so good and is so clean. It’s just really exciting for us so we really wanted to share those recipes.

Tell us what has been your most proud moment so far.

There are so many. I think that when we rebranded our company, we actually did a crowd funding campaign. This was back in 2010. We raised money to hire a real packaging designer and have our bags printed. It was a very proud moment to move in to this newer branding because it really spoke to our values a lot more. There was really something amazing about showing off the brand in that way. I think another one is when we got our loan with Whole Foods Market to expand our product line. That was really exciting just because it really shows that they believed in us as a company. Every time we get into new retailer whether it’s a large chain or an independent chain or a one-single store it’s really cool. It’s just really exciting when people are on board and excited about what you’re doing.

What is something you learned from crowd funding?

It was a little different then because it was very new actually. It was also very risky and we were like, “Do people really know what this is? There is sort of an educational component. Now I think it’s competitive and you need to put in a lot more work into getting your message out. I would say get really clear on what your budget is. Realistically you need a budget for whatever your project is and also be able to budget in the gifts that you’re giving people if that’s the route your taking. If someone gives $50 and you get an Emmy’s gift box, make sure you understand the cost associated with that. A video is really important. If you know someone who can help you edit and make a nice clear video that says this is who we are, this is what were asking for and this is where the money’s going. There’s a crazy statistic about campaigns with videos vs. without and how the ones with videos get funded better. 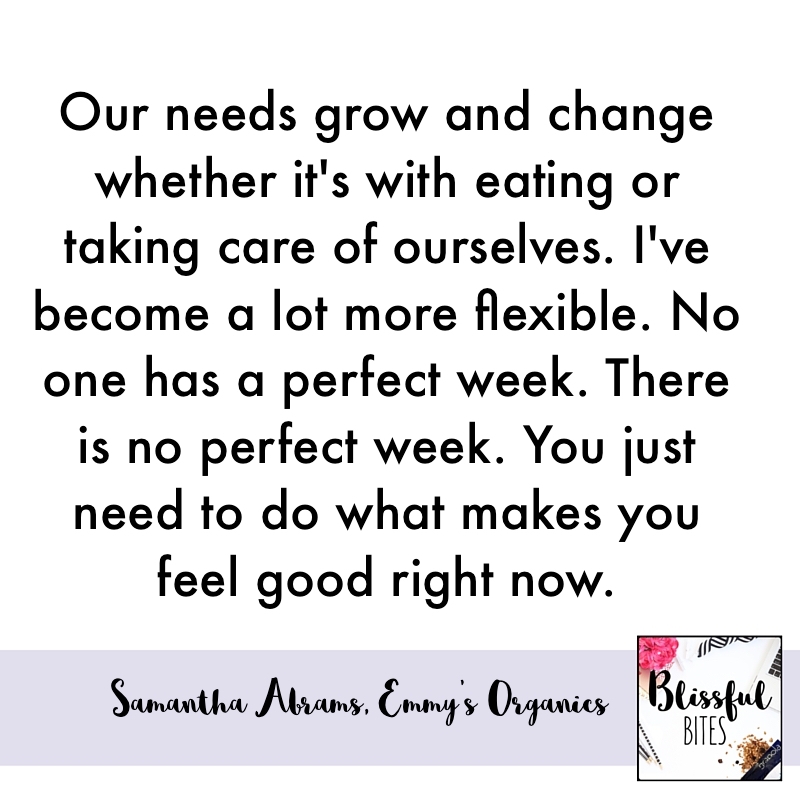 Can you share a specific flop or disappointment with us?

There was one time when we signed a contract without getting it reviewed by a lawyer and there was just something that slipped in there that put us in a stressful position. I really wished that we had spent the money on paying a lawyer because we really weren’t savvy with reading contracts at that time. Another flop is in the very beginning we made a mistake on our nutrition fact. The reason why there was a mistake was because the woman who was generating the nutrition facts for us completely misunderstood our product. She actually said there was a gram less of sugar per serving in our product. There were a few months when there was incorrect nutrition facts on there and finally I had them redone by someone else.The woman who did them the second time really understood it. It was a really emotional experience because I’m really all about transparency and trust and it was terrifying to me that we could lose the trust of a lot of customers.

How did you come up with your sales strategy?

We really just figured it out. I studied some business in college but I was not a business major and Ian had no experience as well. We’ve really just kind of figured it out as we’ve been going along. We’ve been lucky enough to have friends in the industry and mentors that we can ask questions.

Is there something you really wished you knew when you were starting out?

I’m happy for exactly the experience that we have had but there’s so many things that you do learn when you’re getting into larger retailers about how distributors work. You learn about all the numbers involved, giving discounts or refills when you get into a large retailer. We didn’t know about that in the very beginning and so when we started learning we really had to hone in on our budget and make sure we could afford that. It’s expensive.

What was a successful marketing technique for Emmy’s?

We do a lot of giveaways with other companies. We do have some really great friends in the industry and its fun to do giveaways with them. Instagram is our strongest social media medium. I think that actually probably one of the best ways that we’ve gotten ourselves out there is by using a lot of independent distributors in New York City. There’s a lot of benefits of working with independent distributors. It’s not always as expensive to work with them especially if you are just getting started. They go into intricate places like a lot of bodegas in Brooklyn.

Do you have a specific company or business owner that you looked up to?

Yes. I think Terces Engelhart, who is one of the founders of Cafe Gratitude which is a vegan restaurant chain out here on the west coast and we’re friends their family and I’ve always looked up to Terces and how she grown and changed her business model overtime. She’s written books, cookbooks, all very value driven I would say she would definitely be one of my role models. I just love how their brand has evolved overtime to move with the current trend. There’s something special about people who are able to pivot and morph their business to really align with who they are.

What would you say your biggest piece of advice is to someone who is just starting out?

I think what I said before, “Start before you’re ready.”

Where do you see Emmy’s 5 years from now?

Do you believe in balance? And if you do, how do you stay balanced?

I do believe in balance. Actually, a piece of advice we got early on was that there is no separation between work and your home life, for example, and that is true because I bring my work home a lot and I also bring my life to work and there’s something nice about just making it just one thing.

Can you share one thing in your day that you do to make sure it’s successful?

Share one thing that you want your customers and our listeners to know about you that you think they don’t know already.

In the very beginning when Ian and I started on Emmy’s we’re very stuck on this raw foods lifestyle. We both were eating that way and after a while, we started feeling like the rigidity of this diet is impacting our happiness in general. That is something I really learned personally and with my business. Our needs grow and change like I was just saying with balance. It’s also with whatever we’re eating and taking care of ourselves. I’m much less rigid as I used to be.  I feel we become a lot more flexible and I think that that’s something I’m really excited about promoting through Emmy’s.

NEW podcast giveaway! (2 Bags Blissful Eats granola, 3 pack from Healthy Human Life, sample pack from My Super Foods, CLEAR by Annick Magac.) by filling out the form below AND/OR writing an iTunes review and sending a screen shot of it in an email to me!

I’m on a mission to help as many women as possible step into their power so they can have a positive ripple effect on the world.

In this episode of The Shift Show, I talk about how we coach our clients through their goals. I talk with Dan about figuring out

395: How to Get to Your Goals FASTER (Reach your business goals FAST) with Brad Bizjack In this episode of The Shift Show, I talk

Easy Everygreen Sales: The social Selling System to Get Leads Every Day and Sales Every Week

394: Get super Focused and productive (how to be a more productive mom) With Lauren Monique

393: The One Thing You Can Do Today To Get Media For Your Business With Beth Nydick

392: How to raise your prices and have your clients LOVE you with Ren Lenhoff

390: How to STOP feeling behind all the time

Special: Why This is Your Year to Say YES To BBD!

Your success in inevitable